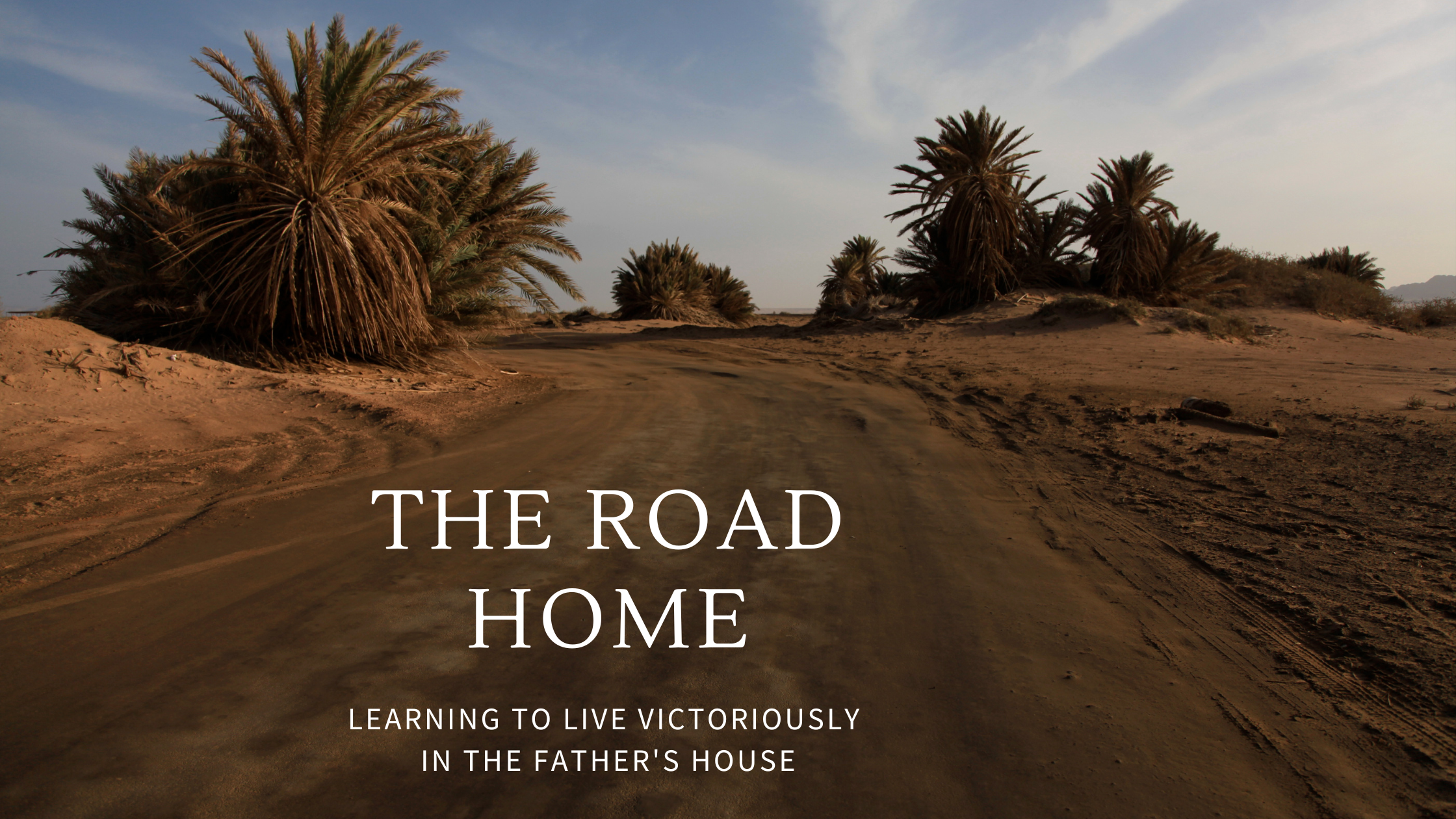 Why do we go back to the dusty road when He has already welcomed us into the house?

11 Jesus continued: “There was a man who had two sons. 12 The younger one said to his father, ‘Father, give me my share of the estate.’ So he divided his property between them.

13 “Not long after that, the younger son got together all he had, set off for a distant country and there squandered his wealth in wild living. 14 After he had spent everything, there was a severe famine in that whole country, and he began to be in need. 15 So he went and hired himself out to a citizen of that country, who sent him to his fields to feed pigs. 16 He longed to fill his stomach with the pods that the pigs were eating, but no one gave him anything.

Pig pens and pea pods. The home and food of prodigals when they are far away from God. They find themselves in a city where they squander the riches of health, reputation, and a good name for the “freedom” of having a good time. Only one day, they find themselves in a pig-sty prison fighting the pigs for pig food to keep from starving. So, if you are a prodigal like me, you have been there.

But You Went Home into the Father’s Arms Already

17 “When he came to his senses, he said, ‘How many of my father’s hired servants have food to spare, and here I am starving to death! 18 I will set out and go back to my father and say to him: Father, I have sinned against heaven and against you. 19 I am no longer worthy to be called your son; make me like one of your hired servants.’ 20 So he got up and went to his father.

“But while he was still a long way off, his father saw him and was filled with compassion for him; he ran to his son, threw his arms around him and kissed him.

21 “The son said to him, ‘Father, I have sinned against heaven and against you. I am no longer worthy to be called your son.’

22 “But the father said to his servants, ‘Quick! Bring the best robe and put it on him. Put a ring on his finger and sandals on his feet. 23 Bring the fattened calf and kill it. Let’s have a feast and celebrate. 24 For this son of mine was dead and is alive again; he was lost and is found.’ So they began to celebrate.

But if you are a prodigal like me, you have taken the long dusty road home back to the Father’s house. You cried in shame and repentance that you were no longer worthy of being His child, and if you could serve in His house like a lowly slave, you would be content.

Then with tears of love, your Father took you, cleaned you up, completely forgave you, and welcomed you into His home. Then He hosted a celebration and rejoiced over you.

25 “Meanwhile, the older son was in the field. When he came near the house, he heard music and dancing. 26 So he called one of the servants and asked him what was going on. 27 ‘Your brother has come,’ he replied, ‘and your father has killed the fattened calf because he has him back safe and sound.’

28 “The older brother became angry and refused to go in. So his father went out and pleaded with him. 29 But he answered his father, ‘Look! All these years I’ve been slaving for you and never disobeyed your orders. Yet you never gave me even a young goat so I could celebrate with my friends. 30 But when this son of yours who has squandered your property with prostitutes comes home, you kill the fattened calf for him!’

31 “‘My son,’ the father said, ‘you are always with me, and everything I have is yours. 32 But we had to celebrate and be glad, because this brother of yours was dead and is alive again; he was lost and is found.’”

Some people might have looked down their nose at you thinking you don’t belong in the Father’s House after what you’ve done, but that doesn’t matter. Your Father wants you in His house, is glad you are there and celebrates you. What joy!

Then why do sometimes we have the guilt of the pig pens, and pea pods overwhelm us?

So, why do we sometimes take off our robe and ring and don the tatters we wore home and walk back into the road and gaze longingly at our Father’s House, ready to plead with Him to forgive us and let us be a slave in His house?

We already did that!

What is more, our Father already did it- He forgave us. Once and done. Past. Present. Dare I say it? Even future! Forgiven. Wiped clean and redeemed through the blood of Jesus, who paid for every prodigal moment we have ever had whether we went to that far-off city or worked in our Father’s field with a bad attitude– either kind- He forgives.

“Therefore, brothers and sisters, since we have confidence to enter the Most Holy Place by the blood of Jesus… let us draw near to God with a sincere heart and with the full assurance that faith brings… And let us consider how we may spur one another on toward love and good deeds”

Here’s your love and good deed for today. So, stay in the house.

Throw away the tattered robe of the destitute. And stop running back into the road to come home again.

It is ok to look at the road and remember His forgiveness and praise Him for it but you don’t need to redo it. It is finished.

Maybe Small is the Biggest Thing We Can Do