Do you plan good?

L et’s break this verse down a for a moment. To me, it is always interesting to try to figure out why certain verses are put alongside each other. Of course, we know that verse numbers were added after the Bible was written.

“If you plot evil, you will be lost…”

There are those who plot evil, but most people will say it is not them. Of course, gossiping is really an evil plot because the purpose is to criticize and condemn another person. But most people don’t take account that gossip is really a plot to harm someone.

Kids notoriously plot evil. Mean kids will plot to do harm or poke fun of another kid. (“Let’s take a picture of him sleeping and put it on Snapchat.” or “Let’s put gum in her hair.” come to mind. That is why I’m always in the hallway and always listening so I can “nip it” as Barnie Fife says. 😉

All of those telemarketers calling who are trying to steal yours and my money – they are plotting to do evil. They pretend to be the IRS and tell unsuspecting people they didn’t pay their bills. Or they say that a virus has taken over their computer or that they are calling from the bank. I’ve read that as much as 1/3 of organized crime money is being spent for cybercrime.   It is definitely on the rise. See Forbes' magazine's article 'Cybercrime is the Modern Day Mafia' if you don't believe me.

But others plan to do evil too. Let’s spike her drink. Let’s lure him into misbehavior. Let’s try to get something bad to pop up on someone’s screen so they’ll be curious and click on it.

All, planning to do evil.

“but if you plan good, you will be granted unfailing love and faithfulness.”

But let me ask you - how many of us plan good? Like, we literally sit down and work with others to plan good?

For teacher appreciation week, I have seen some kind parents at our school who have planned “good” for us teachers. Wow, it means so much.

I’ve seen ladies talk about a friend in need and plan how to do good for that person.

Just several weeks ago, Mrs. Maxine stood up in the Abigail Sunday School class and said there were some more kids who wanted to go to camp and did we want to try to send another one? She planned “good.”

But there are those who just “talk a good game” as Grandaddy used to say. They always have the next “big deal” up their sleeve when the truth is their deal is to take your money.

They do have a deal and you're it !

Beware of those who promise “quick money” or a “sure thing” – these things don’t make you happy. They make you rich even less. Too many people have lost their hard earned money by giving it to people and things that never pay back.

But what if these verses aren’t all about making a buck? What if they are about another treasure altogether?

How do these verses relate to each other?

Meanwhile, here are some things that make me think:

What about giving that money to those who plan good? Doesn’t that make you part of the good planning?

There are so many good uses of good money but there are also many who plot evil who would love to relieve you of your money to spend it on their evil plots. Just be wise.

I think there’s a reason these two verses were plopped down next to each other in Proverbs.

So, questions for today:

Do you plan good or plot evil?
Do you carry out good plans or merely talk about them?
Do you have a treasure trove of good deeds done?

We're not around right now. But you can send us an email and we'll get back to you, asap. 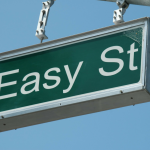 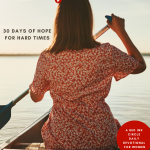 Stay in the Boatfaith, inspiration